-->
Home Tips How to Cultivate Freshwater Lobster For Beginners

How to Cultivate Freshwater Lobster For Beginners

Lobster is one of the seafood that has a very expensive price. Can you imagine? If you eat seafood with a lobster menu, you will definitely spend more to be able to eat the lobster menu. 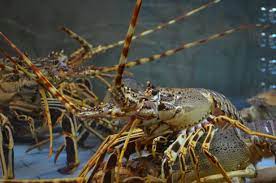 But even though the price of this food is not cheap, there are still many seafood fans who choose lobster as a food menu at seafood restaurants. It is proven when compared to if the supply of lobster is less than the demand for restaurant customers.

Well, with this explanation, of course, freshwater crayfish cultivation is a great opportunity for those of you who want to try to enter the world of entrepreneurship.

Therefore, we will try to provide several ways of cultivating freshwater crayfish that are suitable for you to try in the business world.

The guideline for oxygen that can be used by freshwater crayfish is about 4 ppm. Not only on oxygen, you also need to pay attention to the air temperature in the pool.

These freshwater lobsters also require waters that have moderate to high lime content. This is necessary because to maintain calcium levels for the formation of freshwater crayfish shells.

If you use soil pond media, you can simply place the broodstock in a pond that has been drained first. And for freshwater crayfish whose size is in accordance with the commercial market, you can sell them. While the rest, you can put it back into the pond soil.

Unlike the case with the intensive way. The freshwater crayfish cultivators who are cultivated intensively provide more food in the form of vegetables or other commercial feeds.

In addition to soil ponds, freshwater crayfish can also be cultivated using fiber ponds or cement ponds/tanks. Generally this type of media is used to enlarge the seeds.

Before starting freshwater crayfish cultivation, you must choose good seeds. In this breeding process, you need to distinguish between male and female sires. It's pretty easy to tell the difference. You can also do it visually or visually.

At the ends there are no protrusions or penises. This female lobster has a hole at the base of the third leg from the bottom or tail. Well, that hole is where the female lobster's genitals are and also where the eggs come out.

If you find a crayfish brood, look for a crayfish parent that is more than 4 inches or about 10 cm. Generally, they are 5 to 6 months old. Because the current lobster will have quite a lot of eggs in the fertilization process.